Is it too late to learn a new language? 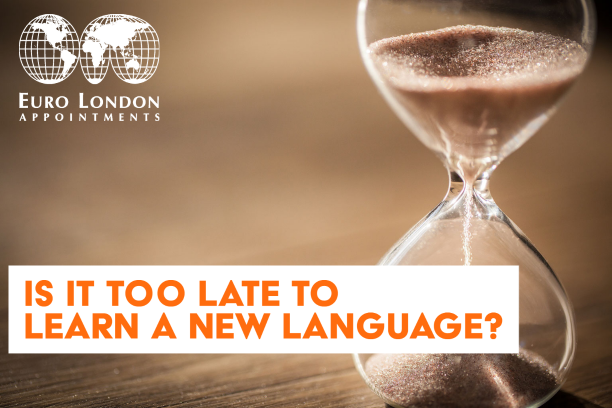 Did you know that there are 7151 spoken languages today?

However, there is a flux in those numbers as new languages are discovered almost everyday but only about 23 of those languages account for over half of the population (Nations Online; UN)

Communication is a means of interaction with others as people use languages to understand and interact with each other and languages have been developing for centuries. Individuals share and/or receive information through speaking, writing or other means particularly as languages all have different grammar, pronunciation and vocabulary. Yet, there is still a large amount of monolinguals out there, and people often do not recognise the benefits of speaking an additional language. Many people consider it a waste of time and money to invest in learning another language, particularly when they do not see the use of it.

But are you aware that there are great benefits to speaking multiple languages? It allows people to develop critical thinking, mental development, mental focus and also opens people to other cultures. It further helps individuals to interact with others from different countries and from different communities. Research has found that learning a new language boosts memory, improves cognitive skills, and the earlier one learns two or more languages, the easier it is. It has also been recommended to start learning before the age of 10 as babies and children learn a language faster due to brain formation and the fast neural formation. This is just a snapshot of how languages are useful on a daily basis, but this extends to the workplace.

First and foremost, understanding of languages and languages skills improves inner-office communication in addition to external communication when dealing with clients and customers, specifically those from different backgrounds. On top of that, speaking another language boosts employability by opening doors to more job opportunities – as language speakers are high in demand particularly when dealing with a specific market. Studies have shown that speaking multiple languages improve memory skills, and helps with focus and since language speakers can easily switch between various languages, they have gained the ability to multi-task – which are great skills to acquire and apply within one’s profession.

So if you have been considering learning a new language but were holding back – whether it was due to financial reasons, a lack of time or not understanding the importance of it – I hope this gives you more perspective and might change your mind. It is also never too late to learn a new language and acquire new skills.

And if you are already bilingual or multilingual and are looking for a language speaking opportunity, do not hesitate to get in touch with Euro London and we would be happy to speak with you.